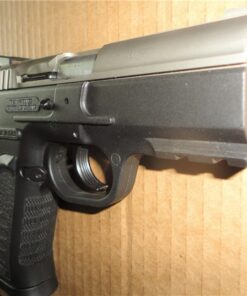 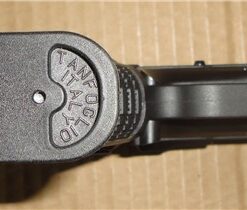 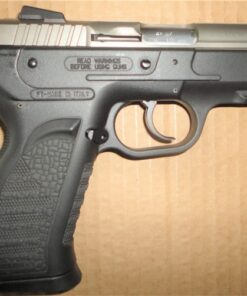 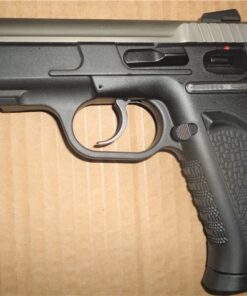 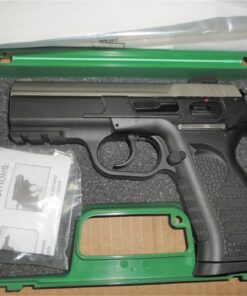 The Tanfoglio Force, also known as Force 99, Force 2002, EAA Witness Polymer or EAA Witness P-Carry, is a modified clone of the Czech CZ-75/CZ-85 semi-automatic pistol. It is made in Gardone Val Trompia near Brescia, Italy by Fratelli Tanfoglio S.N.C..

This is a European American Armory (E A A) model Tanfoglio Witness caliber 10MM, double action semi auto pistol that will come in it’s factory case with owners manual, 2 cleaning brushes and a trigger lock. This pistol comes with one 15 round mag giving it a capacity of 15+1. The pistol features the wonder finish (heat treated steel) and has black rubber grips. The pistol has a 4.5 inch barrel, an overall length of 8.1 inches and a weight of 33 ounces. The pistol features a fixed blade front sight and a wind adjustable rear sight. The pistol features an integral accessory rail and has the slide in frame design. This pistol is produced in Italy and comes with the Davidson’s lifetime warranty

The Tanfoglio Force, also known as Force 99, Force 2002, EAA Witness Polymer or EAA Witness P-Carry, is a modified clone of the Czech CZ-75/CZ-85 semi-automatic pistol. It is made in Gardone Val Trompia near Brescia, Italy by Fratelli Tanfoglio S.N.C..

The Tanfoglio Force polymer frame model was introduced in 1997, while the Force 99 model with a redesigned frame appeared two years later, in 1999. The pistols are imported into the United States by European American Armory Corporation (EAA) and called the “Witness Polymer” (Force) and “Witness Polymer P” (Force 99).

The Tanfoglio Force is a short recoil operated, locked breech semi-automatic pistol that uses a Browning Hi-Power style linkless system. Most models have the capability of being fired single- and double-action and feature an ambidextrous frame-mounted combat “switch” style manual safety that locks the sear so the trigger cannot be moved rearward as well as an internal firing pin block safety which stops the firing pin from travelling forward. The manual safety allows the pistol to be carried with the hammer back, ready for use just by switching the safety off, a configuration known as condition one. Unlike most other semi-automatic pistols, the slide rides inside the frame rails rather than outside similar to the SIG P210. This provides a very tight slide-to-frame fit, very good barrel lock-up and contributes to good accuracy. A new slide with a slide-mounted safety/decocker lever (similar to the Tanfoglio T95 Standard) is available for the Force 99 as a factory option. Most variants have fixed iron sights with three dots for increased visibility. Fully adjustable micrometer competition sights that can be adjusted for windage are fitted to some variants. The Tanfoglio Force models feature high-capacity “double-stack” magazines. It is also one of the few production semi-automatic pistols available in the 10mm Auto chambering.

Since 2006, all Tanfoglio Force models feature an integral MIL-STD-1913 Picatinny rail to attach accessories, such as tactical light and laser pointer sight modules to the gun.

Magazines
The capacity of the detachable box magazines of the Tanfoglio Combat/Standard pistols varies from chambering to chambering and the exact Tanfoglio Tanfoglio Combat/Standard pistol variant. Technically the length of the magazine well in the handgrip dictates the shortest possible magazine length and accompanying minimum ammunition capacity. The maximum capacity of handgun magazines can, however, also be restricted by law in some jurisdictions.

In newer pistols the magazines are positioned 2 millimetres (0.079 in) higher in the gun to get the rounds nearer to the feeding ramp. The required replacement part to position the magazine higher in older pistols that exhibit feeding problems is offered by Tanfoglio Germany for their customers without charge.

There are no reviews yet.

Be the first to review “tanfoglio witness” Cancel reply 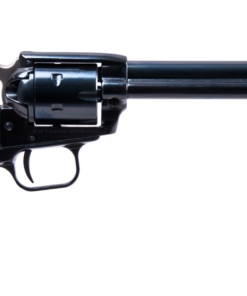 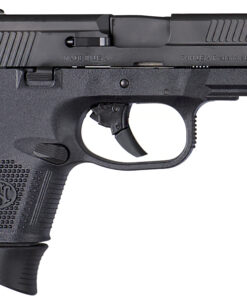 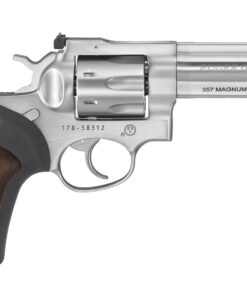 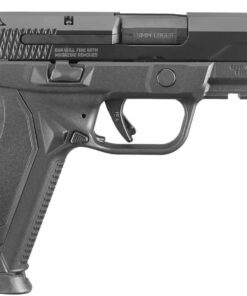 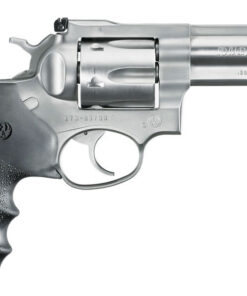 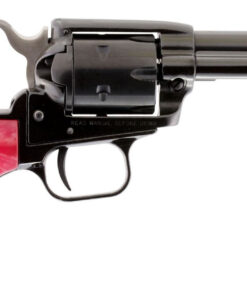 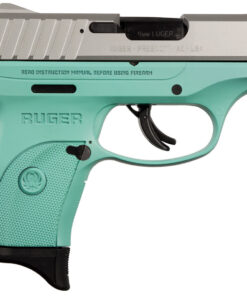 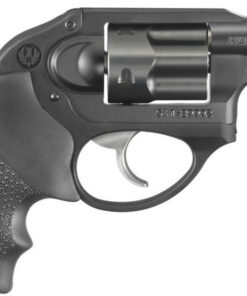